Everything Great Within a 15-Minute Walk of Atlas 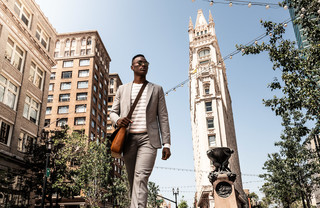 Atlas apartments are located in the heart of Downtown Oakland. They have proximity to the waterfront where Oakland began and cultural hotspots like Chinatown and the lakeside at Lake Merritt.
Our building is surrounded by culture, beautiful spaces, delicious food, great shops, and convenient amenities.

This list may not be everything — but it’s close. Let this article be an incomplete but useful guide to exploring the immediate neighborhood within a short walking distance of your front door. Check out our transportation guide if you want to learn how else to get around.

Green space is known to be a key contributor to positive mental health and general wellbeing. This can be challenge to incorporate in your day-to-day life in dense cities, especially if city-planners did not take green space into account when zoning blocks. We are proud to say that there are lots of peaceful natural areas within a short distance of Atlas.

In front of Oakland City Hall, this historical plaza has a green space called “The Commons” and an amphitheater called “The Forum”. As you can imagine, it’s a popular spot for protests and public speeches dating back to the late 1800s (including by famous writer and activist Jack London). It’s also a location for many Oakland festivals and events, such as the Art and Soul Festival.

A recreation area with some green lawns and trees, this park also has basketball courts, checkers tables, a soccer area, and a playground. It’s also known for colorful murals inspired by the heritage of nearby Chinatown.

Preservation Park is a historical Victorian neighborhood with beautiful homes that have been restored and converted into office and public meeting spaces. There are also walkways with grass and shaded trees with a pavilion and water fountain open to the public to enjoy.

Lake Merritt is the oldest wildlife refuge in the United States. It’s 3.4 miles of circumference with a beautiful green pathway all around. It’s known for its abundant bird population, including egrets, geese, and herons. Atlas apartments is near the West lakeside. You can go as far as you like exploring the various parks and gardens built up along the water.

Snow Park is a larger, more conventional city park with wide open lawns and a children’s playground. Located right on the water of Lake Merritt, there are gorgeous views and landscaping with enormous flowers that bloom at certain times of year.

Downtown Oakland is the oldest part of Oakland. Rich history surrounds Atlas via the cultural centers and attractions nearby.

This iconic building, once the tallest building in Oakland, was once home to the Oakland Tribune newspaper. It’s also famous for being a place where Harry Houdini escaped from a straightjacket while dangling upside down. Now, it’s beautiful to look at on the outside and has great businesses on the inside — including one of our favorite coffee spots and an upscale restaurant.

These two gorgeous live event venues and historical theaters are a stone’s throw from the Atlas apartment building. They each have architecture unique to their eras and an impressive show schedule featuring musicians, comedians, and more.

One of the top places to visit in Oakland is right by Atlas. This museum is uniquely dedicated to three important California touchstones: art, history, and natural science.

Okay, so this place is a tiny bit further — but it’s hard to ignore how incredible it is for Atlas apartments to be near Jack London Square, the bayfront location where Oakland was founded as a port town. A landmark since the mid-1800s, it’s home to movie theaters, shops, and restaurants. The waterfront offers a trail for bikers and kayak rentals.

Below is a list of useful amenities within walking distance of Atlas apartments to help make your day-to-day more convenient.

Your choice of two post offices are within a 6 minute walk or less.

A powerful transportation hub near Atlas apartments with access to BART and AC Transit.

Because there is so much great food and drink nearby, this list is narrowed down to anything less than an 8-minute walk away. 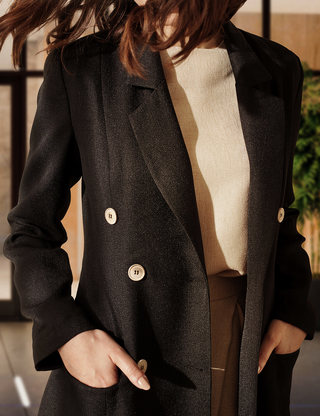 Steps from the 12th Street BART station, Atlas is a grand gateway not just to vibrant downtown Oakland, but to the rest of the SF Bay.